Back to Blog Posts
Prev Next

How Are Homeowners Reacting to This Market?

Here are the latest notes on our incredibly tight Houston housing market.

If you haven’t noticed, mortgage rates are at record levels; some homebuyers have been able to lock in 2.75% on a 30-year fixed mortgage, which is a historic low. Having been a lender for many years, I can personally attest that we’ve never seen anything like this. Of course, the rates were lowered to help stimulate the economy, but the unintended consequence has been a widespread shortage of housing inventory. The supply of available homes for sale in the Houston area is the lowest we’ve ever seen.

Typically, when demand outpaces supply, sellers benefit. However, we’re finding that some sellers are reluctant to put their homes on the market because they’re worried about not being able to find their next one. In other words, our inventory is so low right now that it’s constricting the entire market.

If your current rate is 4% or above, then refinancing to a rate below 3% is a no-brainer.

For those homeowners wondering if the low rates I mentioned apply to refinances, the answer is yes. Several factors need to be considered when deciding whether a refinance makes sense for your situation, but generally speaking, they say a refi is worthwhile if you’re able to save a percentage point. So, for example, if your current rate is 4% or above, then refinancing to a rate below 3% is a no-brainer.

When the pandemic first hit, there was a lot of concern about foreclosures—will all the people who’ve been laid off in the wake of business closures be able to pay their mortgages? At that time, many of us thought that things would go back to normal within a relatively short period. Obviously, COVID-19 is still gripping our nation nine months later, and many folks who were initially furloughed have since lost their jobs.

We have yet to see how that will affect the economy in general, but here’s what we do know: Almost 50% of all U.S. homeowners have close to 50% equity in their homes. A lot of folks figured that they could just do a cash-out refi to help them ride through the storm, but you can’t do a cash-out refi if you don’t have a job. Instead, many homeowners are getting ahold of their equity by simply selling and then moving into rentals so they build their credit back up over the next few years. That’s why the rental market has absolutely exploded as of late.

While there’s no sweeping consensus among economists as to the direction interest rates will go in 2021, most predict that they’ll be hovering somewhere around 3.7% by next year’s end. My personal belief is that rates will stay where they are or maybe even drop down once more. Either way, the reality is that we have a myriad of buyers but too few homes, so tinkering with rates won’t help that imbalance. Low rates can draw more buyers into the market, but they can’t make more homes suddenly appear!

I hope you found this market update helpful. As always, reach out by phone or email if you have any questions or real estate needs. I look forward to hearing from you soon. 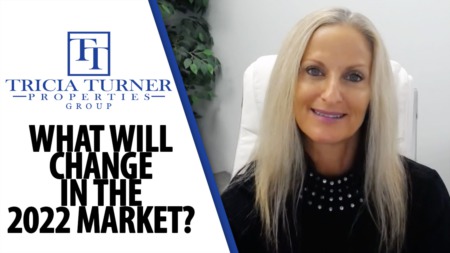 What will our 2022 market look like? Here are my best projections. Today I wanted to bring you our latest market update. Real estate has been crazy ...Read More 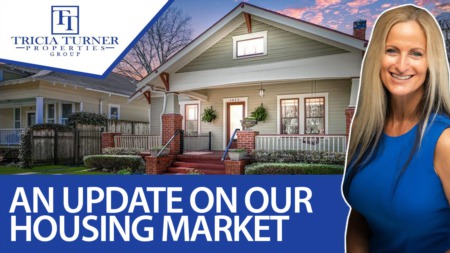 How Hot Is the Houston Real Estate Market?

Is the Houston housing market still hot? Many people have been reaching out to us to ask questions about what’s going on in the market. Are ...Read More

Is the Real Estate Market Starting to Cool?